Ten are one of those bands who have been putting out solidly enjoyable albums on a regular basis for many years now but continue to fly under the radar of many rock fans. Their sporadic live appearances have done nothing to help their profile in their twenty-plus year career, but their large and impressive back catalogue is certainly one that all rock fans should delve into every so often. Sound wise, Ten are firmly in the 'melodic rock' camp, and comparisons can be drawn between them and British rock stalwarts Magnum. The band's founding member, songwriter, and lead vocalist Gary Hughes certainly has the ear for a catchy melody and has been writing strong melodic rock songs, with surprisingly hard-hitting riffs and subtle keyboard textures, since the band's 1996 debut album X and he rightly should be heralded for his efforts. 2014 and 2015 saw plenty of studio activity from the band, with two albums released in a six month period. 2014's Albion (which I reviewed here) and 2015's Isla de Muerta (which I reviewed here) were both typical of Ten's signature sound, but ended up providing mixed results. The former is one of my favourite albums in the band's catalogue. While I admit that I have not heard many of their albums, Albion is certainly one of the best of those that I have heard. The songwriting was strong, and the melodies carried by Hughes' vocals proved to be extremely catchy. Isla de Muerta on the other hand was a much weaker effort, and definitely felt like the poor relation of the former. While a few songs stood out, the majority of the material just failed to really excite me. Both of those albums were released through the small British rock label Rocktopia Records, but since then the band have returned to their long-time home, the Italian label Frontiers, for their thirteenth studio album Gothica. Hughes, who has written about 95% of the band's catalogue himself, definitely overstretched himself on the Rocktopia Records project, and what is instantly clear from listening to Gothica is how much stronger the material is than Isla de Muerta. This album has clearly had a longer gestation period, and the songs have definitely benefited from this. Sound wise Gothica is classic Ten, although there are moments that are definitely heavier than the norm, with a few meaty riffs for the band's three guitarists to get their heads around. The band's current seven-piece line-up returns from the previous couple of albums, with guitarists Dann Rosingana, Steve Grocott, and John Halliwell; bassist Steve McKenna; keyboardist Darrell Treece-Birch; and drummer Max Yates joining Hughes again to refine his creations and create another strong album of atmospheric melodic hard rock that fits well within the band's established sound. I do not think this album is quite as strong as Albion overall, but there are a couple of really stunning songs here that are worth the price of admission alone.

Ten have never been a stranger to writing lengthier numbers, and this album gets underway with The Grail, a song that pushes eight minutes in length and contains all the hallmarks of the band's sound. Fitting in with the album's title, Hughes starts the song with a simple gothic choir before Treece-Birch's keyboards add a modern electronic sound. The song mostly moves along at a steady mid-pace, with tough power chord riffing and a subtle keyboard backing to help provide a backing for Hughes' voice. He has always been a great singer, and his performance here is no different, with his slightly low vocal style fitting in well with the lush sounds the rest of the band create. Bursts of shredded lead guitar mix well with more delicate piano-led sections to make an interesting and diverse song that ensures the album gets off to a strong start. The lusher sounds of the previous song give way to a heavier riffing in Jekyll and Hide, and there are some grooves throughout that bring to mind early Whitesnake at times. The heavier, bluesy riffs throughout helps the song to move along at a good pace, and the keyboards utilise less-convention sounds to add a little bit of a sci-fi feel at times. The song's chorus is a pretty strong one, and sees Hughes use his expressive voice to good effect as guitar leads cut through the tough rhythms. Travellers is the first real winner on the album however, with a spiky keyboard intro that soon gives way to lush synth textures and Hughes' mournful vocal performance. The song initially seems as if it is going to be a ballad, but it builds up slowly towards a slower, heavier verse section before exploding into one of the album's best choruses. The keyboards are always prominent throughout and really help to create the song's excellent atmosphere. Hughes' vocals here are stunning, and he shows again here why he is one of the most underrated rock singers ever. I have compared his style to that of Roy Khan's in the past, and this is a song that definitely shows that that comparison is valid. He does not have the mysticism of the former Kamelot frontman, but his voice definitely has the same tone. While Ten are usually fairly consistent, every so often they have the ability to really pull it out of the bag and craft a really excellent song. A Man for all Seasons is one of those, and it tells the tale of Henry VIII and his disillusion of the Monasteries. It starts with a renaissance-inspired instrumental section that sounds like something you might find on a Blackmore's Night album, before taking off with a keyboard-heavy riff and a driving drum beat from Yates. The verses are slower, and full of McKenna's snaking basslines, and these are the perfect backings for Hughes' historical lyrics. Again, the song is quite lengthy and really makes use of the guitarists' skills with lots of excellent bursts of prog metal soloing that sits perfectly atop the pomp rock backing. The chorus is the album's best, with twisting vocal melodies that are very easy on the ear and stick immediately in the brain. This is easily my favourite song on the album, and one of my favourite Ten songs ever. Sadly In My Dreams is almost the opposite, and shows that Ten are just as capable of writing a bit of a howler as they are a classic! The music is decent enough, with some heavier riffing, but the lyrics are a collection of lust clichés that even David Coverdale would steer well clear of! The less that is said about this song the better I think, so we shall move on!

Thankfully The Wild King of Winter is an improvement. The song builds up slowly from a synth and clean guitar intro, and soon bursts into one of the heaviest riffs on the album with a bit of a prog metal feel and storms along at a decent pace. Treece-Birch's keyboards stab in and out of the mix in a dramatic way to help give the song some urgency, but overall this song belongs to the guitarists. The song's chorus is a bit more overtly melodic, and less heavy, but most of all this song relies on the strong metal atmosphere that it creates with the fast riffing and the booming drums. As is fitting for a song of this nature, there is a great neo-classical guitar solo towards the end, which then morphs seamlessly into a keyboard solo, which is a nice change as this is something that the band do not employ too often. Paragon is a gorgeous piano-led ballad that really brings the best out of Hughes' voice, and lets his deep tones really ring through with a the dense piano and synth backing. Guitars and drums do join in for the chorus, and naturally as a result the song becomes somewhat heavier, but the darker mood never leaves the the piano always remains a strong presence throughout. Effects-heavy lead guitar passages are employed throughout and these helps to add some emotional weight. This song is another of the album's best moments, and shows Hughes' songwriting and vocal style at their best. Opening with some circus sounds, Welcome to the Freak Show is a strong up beat rocker that even seems to pay a little tribute to the hair metal scene in place. The main riff borrows quite a bit from Michael Jackson's Beat It, which is slightly jarring when you first hear it, but overall this is another very good song with plenty of overt melodies and a great energy created by the riffing and the plentiful bluesy rock soloing. Based on Mary Shelley's famous vampire novel La Luna Dra-Cu-La is another heavier, more upbeat piece that is based around a twisty riff and some standout drumming from Yates - especially during the instrumental sections where he breaks loose far more than he does usually. The keyboard backs the guitar in a way that brings to mind classic Deep Purple, and everything is held together by another strong vocal performance from Hughes. The song's guitar solo is one of the best on the album too, and contains lots of flashy runs. Into Darkness is another piano-led piece with some truly stunning vocals and a slightly theatrical feel. While many parts of the song have the feel of a ballad, there are still plenty of heavier bits to make the song have quite a dynamic overall feel. Like the album's opening number, this is a song that contains many of the things that really define Ten's sound, so is a good one to round the album out on. Overall, Gothica is another enjoyable album from Ten that includes a few really stand-out songs. There are low points, but this is an album that gets more right than it gets wrong, and is worth hearing for A Man for all Seasons alone.

The album was released on 7th July 2017 via Frontiers Records. Below is the band's promotional video for Travellers. 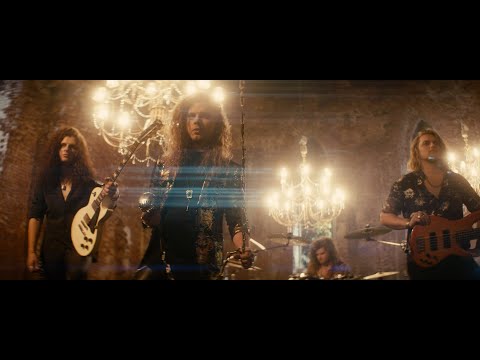