After a brief flirtation with Cherry Red Records for 2012's Skin, the band have returned to their self-released roots for their fourth album Incarnate. When talking about this album, 'returning to their roots' is generally a pretty good description as it seems to have more in common with their 2008 debut album Visionary Position than any of their others. Perhaps the core song-writing duo of Anne-Marie Helder and keyboardist Jonathan Edwards were buoyed by the relative success of their acoustic side-project Luna Rossa, who's delicate album Sleeping Pills & Lullabies was released last year. Incarnate sounds like a mix of Visionary Position and Luna Rossa, and sees the band move away from the harder edge of 2010's Satellite and the vivid experimentation of Skin. It is easily the band's most introspective release yet and, as a result, it has a certain cohesion and flow that the others possibly lack. This album certainly has it's own unique sound and that sets it apart from the rest of their impressive catalogue. The phrase 'this album is a grower' has been used to death, but I cannot think of another suitable term to describe this album. At first I was slightly overwhelmed by the album and missed the clearer melodies of their previous work, but after repeated listens I can now appreciate all the work that was gone into crafting these songs. Each song sees layer upon layer of sound build up to an understatedly epic conclusion. Edwards really shines on this album, and his jazzy piano lines are prominent on many of the songs. Incarnate also sees the debut of the band's new guitarist Adam O'Sullivan who joined the band last year. His playing on this album is different to the way previous guitarist Paul Davies would have approached things, but I like his style. In fact, I would probably say that the 'lead guitar' element of the band's sound is much more prominent here than on any of their previous albums. Panic Room have never been a band for extended solos or endless instrumental passages, but there are a few moments on this album where O'Sullivan really impresses with his delicate lead lines. The slightly murky heart on the album's cover is the perfect visual representation for the music found within. At times it is quite dense and slightly confusing but, with patience and the knowledge that Panic Room almost always deliver, I am sure that this will be and album that brings them even more success.

The album starts with Velocity which seems to be a bridge between the old and the new. It is the only real riff-based song on the album and seems to be closer to the material found on Satellite and Skin than the rest of the songs here. O'Sullivan's melodic guitar line and Edwards' grand organ help to create great backdrop for Helder's voice. She sings as well as always throughout this album, injecting plenty of emotion and feel into her performance. The way O'Sullivan and Edwards link up together in the verses is excellent. It is hard to tell where the guitar ends and the keyboards begin which is a testament to a great arrangement. The main guitar riff repeats often throughout the song and is probably one of the catchiest single pieces of music the band has come up with. Even when the song builds up around it, that riff is still present - keeping the foundations secure. Start the Sound does just that, and sets the tone for the more laid-back tone going forward. Gavin Griffiths lays down an interesting beat on his drums while Edwards' keyboards sparkle and play a similar role to the riff in the previous song. The chorus is really just a continuation of the verse with more musical layers added. Later on, the beat continues while O'Sullivan delivers some excellent swells of volume-controled lead guitar that really compliment the airy feel of the piece. The album's title track is up next and is built around a fluid guitar lead before some excellent staccato keyboards provide the main melody. The chorus is really an epic one. A big string arrangement with a slightly Eastern feel backs up Helder's expressive vocal delivery. Panic Room started using strings more prominently on Skin, and it is nice to see them used and integrated even more here. Towards the end of the song, Edwards' organ and O'Sullivan's two riffs meld into one and create an excellent sound while Griffiths experiments with different drum patterns over the top, giving the song a really progressive feel. It even contains a distant guitar solo and gives us a chance to see what O'Sullivan is made of, even if it is not exactly the focal point at the time as it is just part of the ensemble of sounds. The next highlight is Waterfall. Appropriately, the sound of running water heralds the start of the song before some pulsing organ and a tidy guitar line create the base of the song. It is quite an upbeat, inspiring song that gives you a break from the denseness of the previous numbers. It has a slightly hippy-esque vibe to it, but there is still plenty of grandeur with more washes of strings.

Into Temptation moves back to the darker sound heard throughout much of the album's first half and sees Helder sing surrounded by swirling keyboards before O'Sullivan's tortured lead gives way to a chorus that is dominated by Yatim Halimi's funk-influenced bassline. Soon, a gentle keyboard riff lays itself on top of the bassline to create an excellent contrast and unique sound. As mentioned before, this album is full of layers upon layers of different sounds that, when mixed, create a really interesting sound. This song is probably the best example of this, and this huge mix of influences and musical styles rounds up to probably their most accomplished song to date. All That We Are is a piano-led piece that takes you to a smokey jazz club of the 1930s. Helder really has the power and finesse of the singers from that era and Edwards uses his skills on the piano to back her up. Again, the song slowly builds up throughout it's duration and the huge wall of strings that arrives about two thirds of the way through propels the song from the jazz club the soundtrack of a big budget film noir. It really has that feel, and this sort of variety is what makes Panic Room so good. O'Sullivan gets another pseudo-solo towards the end that brings the song to a beautiful finish. Searching is an acoustically driven song that brings to mind Reborn from Visionary Position or Chances from Skin. It has that vibe, but mixed with the darkness of the overall sound of this album. Helder really channels her inner singer-songwriter on this song and there is definitely a shade of her only solo release The Contact about it too. It is probably the most accessible and simple song on the album, and as a result would make a good single if the radio was more susceptible to songs outside of the mainstream. A lonely harmonica solo from Helder keeps the darkness in the song and O'Sullivan's fluid guitar work at the end is a real joy. The next highlight is the densest and darkest song of all - the closing number Dust. Some really bassy piano and Helder's distant vocals bring this song into being before a delicate drone and Griffiths' slow drums transform it into a swirling epic. There are more Eastern influences scattered throughout this song and really takes you back to the sounds of Endgame (Speed of Life) and Apocalypstick from the band's first album. It has the epic, slow burning feel of those songs and brings the album to an emotional conclusion. Overall, this is another excellent album from the band and one that sees the band find new cohesion and understanding. The sounds on this album gel so well, and it is probably the band's best to date in that respect.

The album was released on 10th March 2014 via Firefly Music. Below is the official trailer that was used to promote the album. 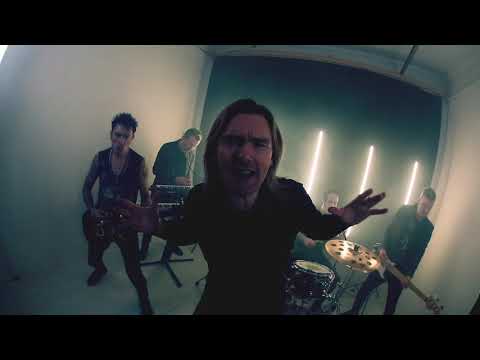