In the British prog community, Ghost Community can be seen as a bit of a supergroup. Most of the members are known from other bands in the scene, and this coming together of talent always had the talent to produce something strong. This band, and their debut album Cycle of Life, has been in the works for a while and saw the light of day in June after nearly 18 months (the band was announced in December 2014). Those who are fans of any of the bands in the UK's underground but strong progressive rock scene will be familiar with many of the musicians and songwriters that make up Ghost Community. Guitarist Simon Rogers (Also Eden) and keyboardist Moray Macdonald (Crimson Sky; Godsticks) are joined by a rhythm section consisting of bassist Matt Cohen (Magenta; The Reasoning) and drummer Jake Bradford-Sharp (The Reasoning) who are probably the best known members of the line-up after finding success with The Reasoning who sadly split up a couple of years ago. The only name in the band I had not previously heard of is frontman John Paul Vaughan who was in a band called Unbroken Spirit with Cohen nearly twenty years ago! While I am very familiar with Cohen and Bradford-Sharp's previous work, I cannot say the same about the others. I have seen Also Eden live at the festival in the past, but never really connected with them, and Godsticks is a name I have heard but I do not really know anything about their music. Taking my knowledge of The Reasoning's music, and my limited exposure to Also Eden's sound, I can say that Ghost Community's music seems to be a departure from what these musicians have done before, which I think is great. While it quite comfortably sits in the realms of progressive rock, there is certainly an emphasis on the 'rock' end of that genre. This is not really an album that sits back on atmospheric soundscapes, but quite often gets in your face with razor sharp guitar riffs and catchy vocal melodies. Frontman Vaughan is a great discovery for me. His voice has a very 1980s rock sound, with a smooth high delivery that cuts through the music with ease as he sings the direct vocal melodies. The rest of the band perform to a high standard too, and the six songs on this album are full of character and feeling. I feel that Ghost Community have yet to really find their niche yet, as there are a lot of different ideas crammed into these six songs, but it is a great statement of intent from a new band that consists of many experienced musicians. The album was produced by Bruce Soord (The Pineapple Thief) who is another big name in the prog world currently. The production is very smooth and uncluttered, which certainly helps the songs' melodies shine through.

Opening with shimmering keyboards, the album gets off to a tight start with Rise Up. This song was released online prior to the album's release to help generate some interest, and the direct and memorable nature of this number makes it a perfect album opener. It really rocks from the outset, and features excellent performances from everyone involved. Macdonald's 1980s style neo-prog keyboard lines are a great contrast to Rogers' powerful guitar chords. Cohen's bass is busy, and makes use of the fluid and melodic style he used with The Reasoning. The song is catchy too, with the best chorus of the album that makes great use of Vaughan's soaring, smooth vocal style. There are lots of ideas here, and this is apparent in the instrumental mid-section. It starts off as a rather standard blues-based guitar solo, which soon descends into a spooky keyboard led-section which definitely recalls early Marillion. The collision of 'prog' and 'hard rock' is part of what makes this album interesting, and that is shown here. While Rise Up comes storming out of the gates with hard rock energy, Mirror Lakes opens in a much more subtle with with delicate acoustic guitar chords and spacey lead vocals. The keyboards also take on more of a sci-fi sound here and even when the band really cranks up again with a bass-heavy groove-based riff, the spacey sounds remain. If Rise Up was the band's rock side, then Mirror Lakes is the band's prog side. Rogers' riffing throughout this song is still very strong, and shows him to be a great player that has a fantastic sense of groove. It is Macdonald that really owns this song however, with a selection of retro keyboard sounds to enhance the song throughout. Anything and Everything continues the spacey prog feel of Mirror Lakes with an intro that really recalls Pink Floyd with big ringing acoustic guitar chords and a tight drum rhythm that drives the early part of the song. When the band start playing together proper, it is the bassline that stands out the most. Cohen is an extremely melodic bass player, and it is songs like this that show how bass can be used in a more exciting and pivotal role that is often the case. Sprinkles of chiming keyboard melodies give the song's verses a little extra sparkle, and Macdonald's playing also dominates the pre-chorus with a catchy retro synth run. The song's chorus is more aggressive than the rest of the song, with Vaughan's voice having more of an edge to it than on the vast majority of the rest of the album which makes it stand out from the dense guitar chords. Rogers, who's playing is very understated in this song, makes his presence known with a short but cutting guitar solo before the keyboards once again take over and dominate.

Blue December Morning opens with a more traditional piano and vocal combo, and the keyboards dominate the early part of the song which has a gorgeous ballad feel to it. Vaughan's voice shines here, and the 1980s feel to the song really brings out the best in his shining voice. Little bursts of synthy electronics boost the song's atmosphere, and occasional acoustic guitar chords add to thing, but Macdonald's piano is king until the mid-point of the song when the whole band comes in and Rogers unleashes one of the best guitar moments on the album with an emotionally-charged and lengthy guitar solo. From then on, the song rocks harder with some vitriolic lyrics that Vaughan delivers with a surprising amount of venom of Rogers' guitar dances beneath him with some tight leads. The song then fades out on an extended instrumental section that once again recalls the heavier end of 1980s Marillion. Ghost Community, the band's self-titled song, opens with some dense organ sounds, but soon becomes a rather jaunty rocker with playful basslines and a good mix of guitar styles. Marc Atkinson (Riversea), who was originally going to be the band's singer, adds some harmony vocals throughout the song his voice mixes well with Vaughan's to create a lovely sound. About two thirds of the way through the song takes a slightly sinister turn with a darker sound and more haunting vocals which sound much lower than Vaughan's usual style which makes me wonder whether this part is sung by Atkinson. The two parts of the song fit well together though, and the contrast works to create something very interesting. The final song here is the near 16 minute title track which opens with some spoken word set to an atmospheric backing before Vaughan's voice, just accompanied by some acoustic guitar, comes in. Given the song's length, this is easily the most progressive piece on the album and it moves through many sections and the band really shine throughout. Macdonald once again shows his skills on the keyboards, with lots of extremely melodic runs; and Rogers has a lengthy solo spot early on which is very impressive. The song is quite hard to describe, due to it's length, but there are certain sections that stand out. Rogers' early guitar solo is one, as is the 'chorus' section that resurfaces occasionally throughout which brings plenty of melody to the song. The whole of the last acoustic-led movement is great too, with lots of memorable vocal lines which helps to bring the album to a great close. Overall, Cycle of Life is a great debut album from a new band that is sure to make a name for themselves in the British prog scene. While, as I stated before, I believe Ghost Community are yet to find their signature sound and niche, this albums shows them as a great songwriting collective and I will be interested to hear where they go from this.

The album was released on 24th June 2016 via ROK Music. Below is the band's promotional lyric video for Rise Up. 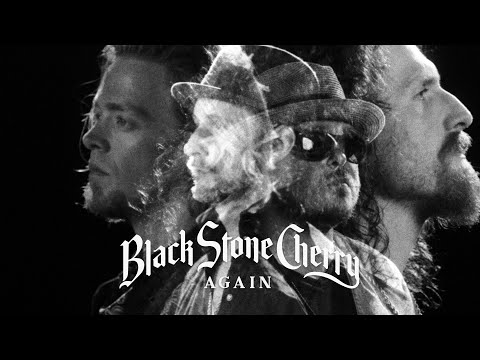